Our ski school Neuastenberg in Sauerland was the first DSLV and DSV professional ski school in the ski arena.

The management of the ski school Neuastenberg had until 2021/2022 the state-certified ski instructor Ulrich Flasche with his wife Martina Flasche. Since the season 2022/2023 son Fabian Flasche with his Parterin Dominique Hombach took over the line.

In addition to current winter - trend sports such as snowshoeing and long-standing fun with ski and snowboard, we offer the necessary know-how and appropriate expertise.

Children can start skiing lessons with us from the age of 5.
With the help of our magic carpet in the Rainbow Land on the Postwiese, the little ones gain their first experiences on skis and in the lift.

They learn to ski in small groups and, depending on their level of experience, quickly move from the magic carpet to the real lifts.

Many of our ski instructors speak several languages and have completed further training at DSV and DSLV. 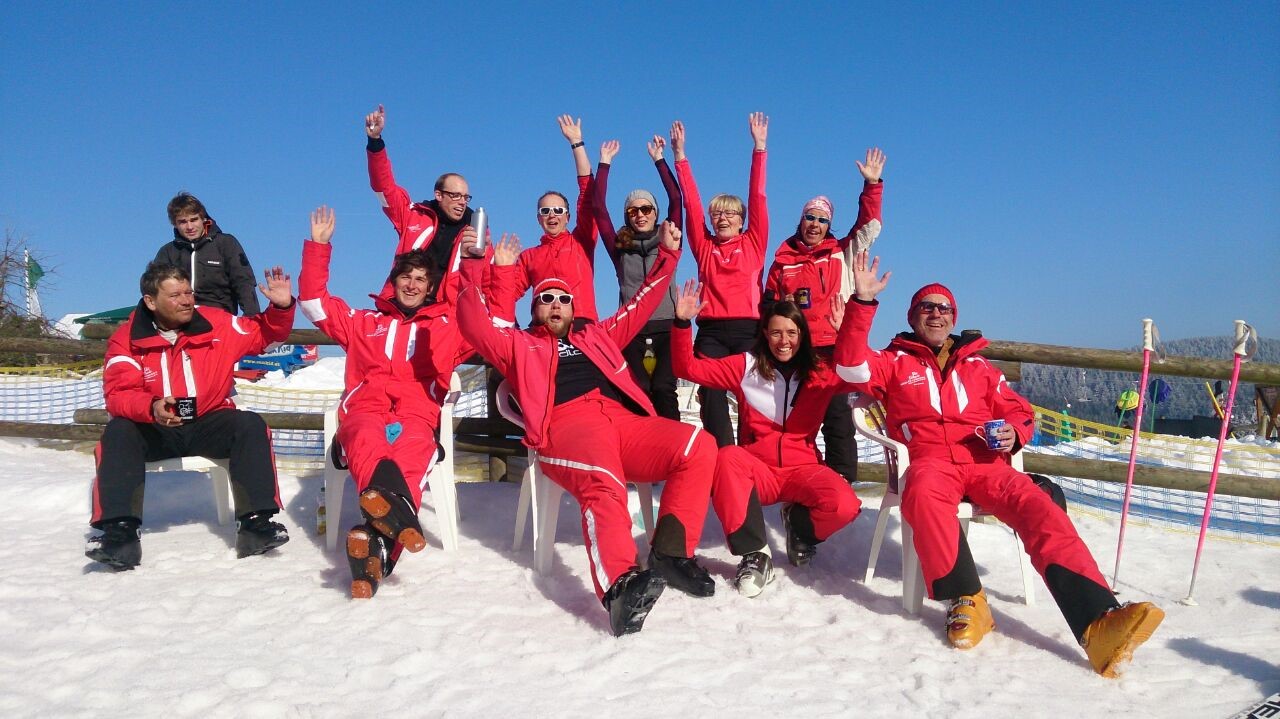 The history of the Ski School Neuastenberg

Excerpt from the Sauerland archives:“Since beginning of this week the instructors are on duty at the ski school. These instructors teachers, men and women, on ski,being sent by the cultural department of Northrhine-Westphalia. Sportive director for downhill disciplines and technique is MrHeini Pape, master instructor at the Western German skiing association (WSV).”

Initiated by Hubert Heckmann, at those days editor at the gazette “Westdeutscher Skiläufer”, Heini Pape transformed the skischool Neuastenberg into the first official ski school of the skiing association WSV. From this day on the ski school was used as ablueprint for all other ski schools within reach of the WSV regarding training methods, style and other attributes. All instructors,formerly being teachers with an addiction to winter sports, received intensive trainings and were part of the semi-professionalskiing instructors team of Northrhine-Westphalia. Some of them focused on special fields like Hans Sonnenschein, being wellknownfor his achievements with ski school for children. He visited the famous Christel Cranz at Steibis and imported lots of herexperience to our ski school. Many of our instructors have started then their “career” as a skier right here and are now officiallylicensed instructors at the DSV, DSLV or WSV.

Our todays boss – Ulrich Flasche – was even promoted to the national instructor training team, the highest rank possible, in 1971.But this was not enough for him, for four years he joined Peter Obermaier in Garmisch Partenkirchen and finished this training withan examination and degree as nationally certified skiing instructor in 1978. From now on he was also a skiing instructor as afreelancer.

In 1958, the first training for 50 educators from NRW already took place 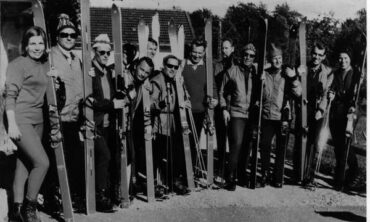 It was also 1978 when Ulrich Flasche took over the ski school Neuastenberg. Due to his network he has more than 60 instructors onhis list, being ready for the winter season. The ski school is approved by the German Skiing association DSV and the German skiinginstructors association DSLV, giving lessons in downhill skiing and snowboarding not only in German language, but also in Dutchlanguage and English. Every instructor participates at yearly trainings to be up to date with the latest developments.

At her 50th anniversary the ski school Neuastenberg received the approval for the “Kids on snow” event with its mascot SNUKI,joining the kids in the snow.

50 years also reflect on 50 years of development of equipment and skiing style. There have been skis made from alloy, from woodonly and other composites. The binding also developed from simple cable connectors to todays sophisticated units preventinginjuries in case of falling. And the style of skiing changed as well – starting with the famous Arlberg technique, we see today a widerange of technical specialities enabling the ambitious downhill skier to master almost every corner of a slope according to hiscapabilities. Some of these developments can be seen at the museum of winter sports in Neuastenberg, located on the first floor ofa restaurant nearby the Neuastenberg village church.

Looking back at 50 years of development we also see the vast growth in infrastructure in Neuastenberg. The first ski lift was nomore than a easy winch, being brought by British soldiers after WW2. When the British soldiers left the area, two simple lifts wereinstalled by Mr. Petri from Wanne-Eickel. Mr. Petri was actually running a travel company using busses and therefore he was ableto bring his own guests to his ski lifts. In 1962 the lift company of Neuastenberg was founded and took over the two lifts. The easyplate-lifts were modified to more modern t-bar lifts and more lifts were installed on the Postwiese.Again it was Heini Pape being a pioneer of winter sports in Neuastenberg. In 1966 and 1967 he already tried to develop the firstsnow making devices, but unfortunately failed. So it took some more years until almost every corner of the Postwiesen skiing resortcan be covered with snow from modern machines as long as it is cold enough. In 2014 the first chair lift of the Postwiesen skiingresort was installed and together with the snow making machines guarantees the guests lots of fun and skiing and snowboardingduring the winter season.

In addition to winter sports such as skiing, snowboarding and snowshoeing, the range of summer activities will be expanded from 2023.